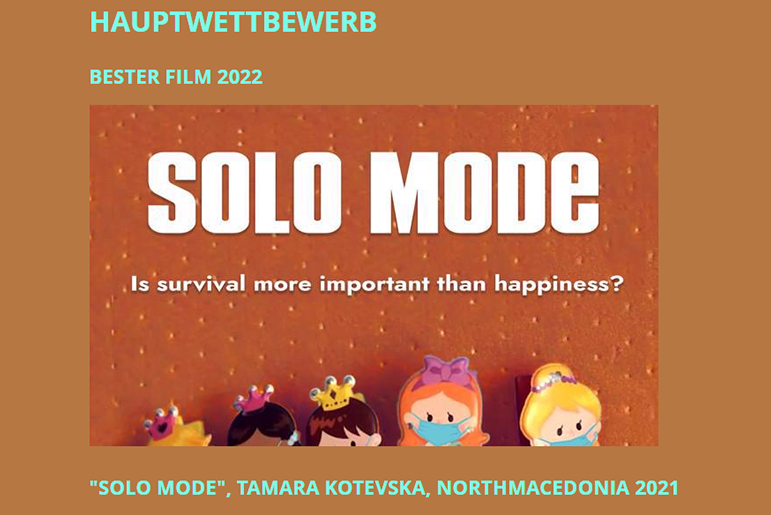 The short movie SOLO MODE, directed by Tamara Kotevska, has won the BEST Film reward at the International BiH Looks Around Film Festival in Bottrop, Germany.

“A funny, masterfully staged life, so much so that the viewer wonders until the end whether the film is a documentary or a feature. It has succeeded in showing the everyday life of a family in circumstances that have thrown the whole world off its feet – the pandemic. The fear of death and disease has disrupted our micro and macro world. The film raises the ethical question of human existence as a social being. Is it worth being healthy and alive if you have no one to share the happiness of health and life with?” – is stated in the evaluation of the expert jury.

SOLO MODE is produced by OXO Production, with the help from The North Macedonia Film Agency. Co-producers are Zeyno Film from Turkey and The Corner Shop from the USA.